Called Blacklake for the previous owners of the land and the lake it sits next to, the Blacklake Estate was a private piece of land recently sold and then refurbished within the last twenty years to resemble a small town. The new purpose of Blacklake Estate is to function as the town it resembles – while acting under a secondary agenda.

It is a prison for the world’s small enhanced population that have caused crimes, in an attempt to help reform them.

The prisoners that enter cannot leave until they have completed their sentence. The only entrance into the Estate is reserved for supplies.
You are here to serve your sentence, however long it may be, among the thieves, murderers and mobsters. 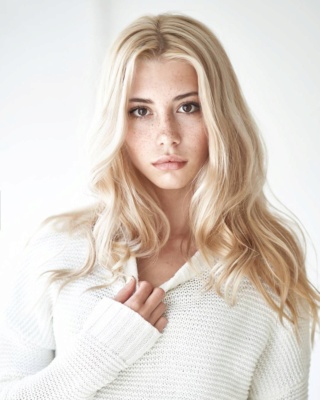 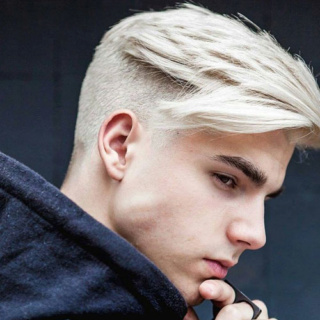 Name: Keaton Marsh
Age: 25
Gender: Male
Enhancement (Power): When used with intent his power can cause someone to bleed indefinitely, so long as he causes the injury.
Crime Committed: Voluntary Manslaughter
Length of Sentence: Nineteen years.
Time of Sentence Served: Seven years.
Looks: 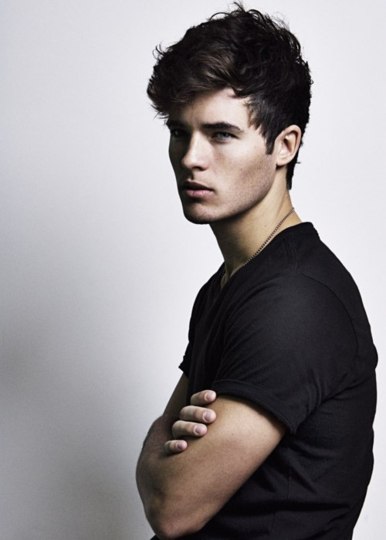 Name: Evelyn MacKenzie
Age: 24
Gender: Female
Enahancement (Power): The ability to dream anything she desires into existence as long as she has a clear understanding of its physical dimensions and size
Crime Committed: Drug Dealing, Possesion and Use
Length of Sentence: 6 Years
Length of Sentence served: 1 Year, 2 Months
Looks: 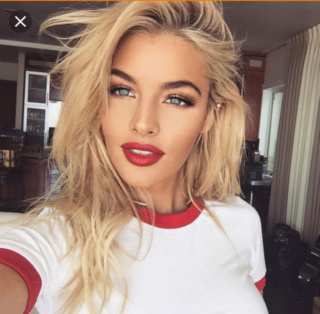 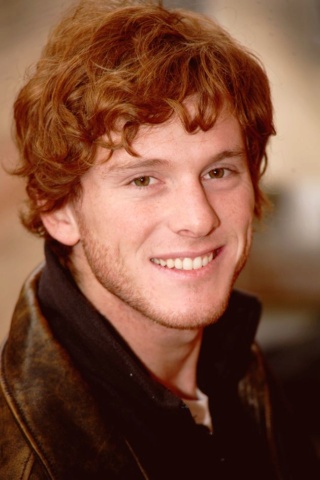 Finn was at the lake at the edge of the small town, skipping rocks. He was hurling them so hard that they'd either cause a huge splash, or they'd skip until they were no longer visible.

Vivian was in the cereal aisle of the small grocery store, staring intently at the different type of cornflakes. Other shoppers, despite also being criminals, were keeping a wary distance.

"Oh no, don't get that brand that claims low sugar" Timothy tutted, having walked over to reach above her head and grab his own box of cereal. "The amount of shit they put inside of that to make up for it will clog up your arteries faster than ten chocolate bars an hour. E Numbers, man, don't trust them."

_____
Evelyn was beneath a tree not too far away, her head resting on her arm as she dozed.

Vivian flinched, and with her half the boxes on the shelf did too, each of them thumping down gently. With a slightly shaky hand, she shoved one box back straight and muttered, "Can you not." She stepped out from under him, holding her basket with a white knuckled grip. "You have the self preservation of a sloth. Are you new? Don't sneak up on people." There was one box still floating, near the ceiling now - she hadn't realised she was still projecting on it.

Finn sighed heavily, and for the absolute sheer hell of it, picked up the nearest, largest rock that was probably put there as a feature. He then threw it like it was a basketball, looking on proudly as it made a huge splash, impacting the water with force. He'd bloodied his fingers digging it out, but still looked fairly happy with himself.

Evelyn jerked awake as the water from the impact drenched her. Fingernails digging in to the soft ground beneath her as she pushed herself to her feet from her laying down position, just beside her a half formed gooey consistency sat - having been dreaming of an item before her awakening. With narrowed eyes she scanned the area, trying to figure out what had happened.
____
"Sloths are quite ferocious, have you not seen the size of their claws? They can be nasty little things." He chuckled. "I enjoy them though, so being compared to one isnt the worse thing."

Finn picked up another rock, this one the size of his fist. He threw it up a few times, catching it each time, before hurtling it across the lake. Unlike the skipped rocks that sunk after a while, this one went far enough to hit the electric barrier, colliding with a thump and sizzling angrily before sinking into the lake.

"They crawl to their own death and starve because their metabolism is too slow. And, just like you, they don't think." Vivian snatched a sugary cereal anyway. Several metres down the aisle, the other box smacked to the floor with a thump, startling a young man who turned to give Vivian a glare. When she made eye contact he grimaced and looked away immediately, leaving the aisle.

Leaning down, Evelyn grabbed the gooey substance and approached ahen she spotted him. Lobbing it in his direction, badly aiming, in an attempt to drench him with it. "Oi, would you watch what your throwing? I was in the middle of something!"
____
"Of course they think, they have brains. Even flies think." Timothy frowned, quietly glancing down the aisle to watch the interaction. "People find you intimidating, huh?"

"I think you'll find," Finn said, tone snippy. "I was here doing my thing first. You just happened to not look when you went into your little coma over there." He sidestepped the gooey substance. The rock he'd picked up in the meantime suddenly crumbled in his palm, he'd squeezed it so hard.

"Do you ignore the leaflets they hand out every morning?" Vivian asked, sounding icy. "The ones that point out 'dangerous, do not interact, press button in emergency'. I'm not going to mince it; I'm here for murder. Enemy number one. Whatever. Everyone avoids me because they think they're going to be the next smear on the floor."

"I shouldn't have to look, I should be able to rest without being splashed. I may of reconsidered had you been ten but you aren't as far as I can tell. Anyway, you keep throwing rocks and you'll male the water rise; means less space for us. You want that?"
___
"Leaflets? Oh, no. I didn't think any of those were reliable sources of infomation. I've just been throwing them away."

"Of course I want that," Finn said slowly. "Because the breaker box is situated on the other edge of the lake we can't reach. And as soon as it shorts, we can leave."

"They're inmate profiles," Vivian muttered, moving to rescue the box that hit the floor. It was slightly bent, so she took the undented box from her basket and put it back on the shelf, taking the mangled packet. "So you know who might or might not stab you or set you on fire."

"They aren't stupid, they will have teams on stand-by in case that happens. Can't you be more creative with your escape plans than that?"

---
"Why would they want us to know that? If we kill each other than they don't have to worry about is trying to escape. It seems like they are shooting themselves in the foot with all of the warnings."

"Most people are in here for lesser crimes. I missed death row by two votes. The violent ones know they're here on luck. The ones that don't learn don't keep their heads." Vivian's fingers were white knuckled on her basket, and she reached over her other hand to push back the box of tea that was trying to float to freedom.

"Mm, you have a life outside to run back to then?"

"Of fun and fortune, for sure," Finn hefted a rock again, judging it's weight and shape before skipping it. It skipped into the distance. "And a Swiss bank account."

"Only if I want death row for real. I'm not that stupid. But violent once, violent again. That's what they say." Vivian shoved the box of tea again.

"It's refreshing to talk to someone who hasn't be worn down by life already." Evelyn mused, sitting herself down onto the edge of the water. Asking after a few minutes, "Why a Swiss one?"
____
"So you're not a sloth."

"Less regulations. Easier to hide money. And Penelope said it would be like in the movies." He grinned again.

"I'm a murderer," Vivian replied. "First degree, pre-mediated. That makes me like. A tiger." In spite, she let the tea float away, watching it go almost a little sadly with a murmur of, "It's my favourite flavour..."

"Penelope?"
---
"Oh I'm having fun with this animal association," Timothy grinned widely, tilting his head to the side as he watched a double of himself come around the corner; lift his hand up to catch the box of tea and offer it to her. "Lets keep going with the animal thing. That woman over there..." They said simutaneously, motioning to a brunette on the end of an aisle who was leaning down to pick up some sugar. "What animal would she be?"

"Older sister. We got caught together. Bzzt zap." He mimicked a taser. "Hurt, but it was pretty fucking funny because fine motor control? Translates to pocket dimensions. Penelope dropped everything."

Vivian looked at her. "Badger. She came in on voluntary manslaughter, short sentence. Abusive mother." Vivian's mouth curled in a sneer. "Now a dead mother." If she was startled by the copy she didn't say, grabbing the tea and keeping it in her free hand, rather than risk it escaping.

Evelyn smirked in amusment at his impression, "How much did you have to practice to get that sound effect right? It's very good."

---
"I don't like badgers, TB is a nasty thing." Timothy grimaced, waving a hand towards the copy dismissevly and watching it walk away. "Whats your name?"

"If you get zapped enough, the noise sticks with you." Finn trailed off for a second, rubbing his arm. "Sometimes the scars from them do too. Turns out people are scared of you when they learn you can bench press a car."

"I'd be more concerned for rabies," Vivian mused. "Vivian. Call me Vivi and you'll learn what it feels like to take a bag of sugar at terminal velocity to the dick."

"People are always afraid of things that they don't understand. Sometimes I don't choose what wakes up with me, nightmares included... I've scared plenty of people away just by waking up from a bad dream."

"I agree," Finn said solemnly. "Bed hair from bad dreams is very scary." There was a slight tug at the corner of his mouth; he was trying not to smile with what was clearly a joke.

"The worse." She agreed lightly, "You like the goo? It was meant to be a cake that glowed like it was radioactive but was completely edible. I should of tasted it before I threw it at you."

----
"Oh, I could called you Dick. It is shorter than Vivian but I don't think it quite makes sense, does it? Dick is a nickname for Richard not Vivian." He smirked playfully.

"I like to not touch unidentifiable substances from unidentifiable people so thanks for the goo projectile but in all honesty it was disgusting, two out of ten would not goo again."

"Since you're not going to give me your name, maybe it should be your nickname instead." Vivian dared to put her tea in her basket. Her grip was no longer as tight on the handle. Someone stopped at the end of the aisle, took one long look, and walked away. It made her shoulders slump just ever so slightly.